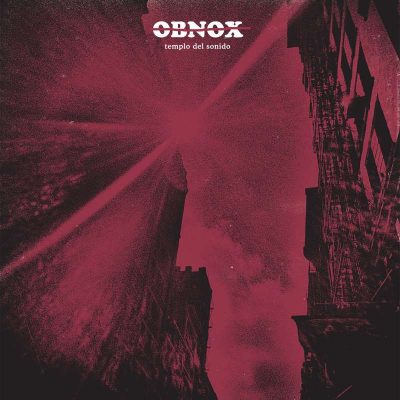 A few years ago I had this crazy idea…why not ask Obnox aka Lamont “Bim” Thomas to make a free jazz record? After seeing him on tour playing drums with Cleveland out-rock legends X_X, I just had to try and make it happen…
Bim, who is no stranger to making out-there genre-defying records, surprised me a bit by happily agreeing. It seems a bit of a cliche these days to try and get rock people to make jazz records, or jazz people to make rock records, but what the hell? Of all people, Obnox seemed like a pretty solid candidate.
Although it may not directly sound like it, to these ears it’s an updated take on some of the late 70’s free jazz LP’s that, at the time, were panned by critics but now are being rediscovered…think Albert Ayler’s “New Grass” (and come on let’s acknowledge the deep Cleveland connection here), Archie Shepp’s “Attica Blues,” Larry Young’s “Fuel”, even reminds me of Tony Williams Lifetime at times.” Bim has infused “templo del sonido” with that same sense of urgency and protest. Like the 70’s, we are once again in a time of protest and discontent with the world around us — as Bim so elegantly states in the first lyrics of the album, “wake up…wake up…America…wake your punk ass up.”
‘templo del sonido” will surprise you, from the opening upright bass hymn, “Stagger Lee Cain” to the intense groove of “Names” with an amazing spoken word performance from Kisha Nicole Foster, “Broke Socialite” mixes opening Motown-esque vocal harmonies with a rolling & intense noisy groove. “Mother/Sister” closes the album with a track that wouldn’t be out of place on Tony William’s Lifetime “Emergency!” -Nate