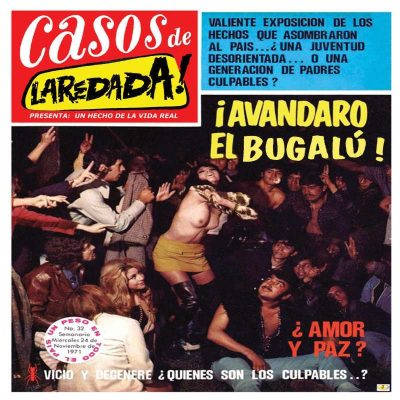 The population of Greater Mexico City is 21.3 million, and not surprisingly it’s made up of people from all over the world. The weather, food, culture, and affordability rival any city on planet earth. La Redada are six of those people and they are from all over the globe as well. Three Mexicans, Two Chileans, and one European make a psychedelic tropical sound that pulls from decades of Latin America music — (also I’m pretty sure I heard a Joe Meek chorus when I saw them live?)

When I moved to Mexico City in 2017 I didn’t know a soul. Anhelo Escalante from XYX suggested checking out a DJ called Tropic Aza. The music he played blew my mind and he told me he was also a drummer in a band.

Let’s just say the first time I saw La Redada I asked if we could release something. Here it is… Amazing stuff and I think you will dig it too.

Complete your La Redada collection with these other two seven inches as well:
sonoramadiscos.bandcamp.com/album/la-re…rete-s-samo
munster-records.com/en/label/vampis…t/abrete-sesamo