We were fortunate enough to have worked on Andrew Bujalski’s film Computer Chess, and now we have a package deal for you. For a measly $15 (sadly we can’t take bitcoins yet) you get a T-Shirt and a Download Link of the album Music for Computer Chess.

It won the Sloan Award at Sundance last year, and was in the Best of 2013 Lists in the New York Times, Village Voice, and the New Yorker among many many others. Own a piece of Austin film history! 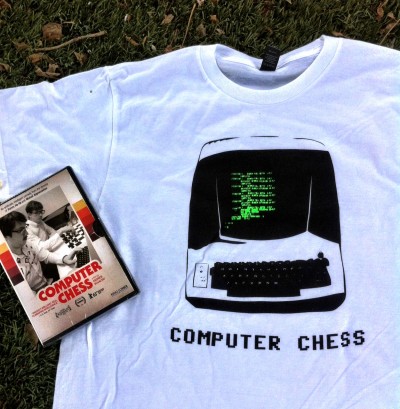