June starts with a longform Saturday blowout in WASHINGTON DC!

We’re incredibly excited to do a little 5 year anniversary / celebration at Rhizome in Washington DC on June 1st, 2019 with some of our favorite folks!  It will be an all day lineup featuring Spires That in The Sunset Rise (NY), Brandon Lopez (NY), Claire Rousay (TX), Crazy Doberman (VA), Coy Fish (DC), Ancestral Duo (DC) and Gregor Vidic & Nicolas Field (CH)!!!  Thanks to the amazing folks at Rhizome for helping us put it all together and asking us to do it in the first place!  Thanks to all the artists for performing and thanks to YOU for helping us get to 5 years (and hopefully many more)!   Click the link above (or HERE) for more info and tickets!

END_OF_DOCUMENT_TOKEN_TO_BE_REPLACED

Throw Tomatoes: The Play Within the Playing

Contrary to the fabled image, they didn’t really throw rotten tomatoes during Shakespeare’s time at The Globe Theatre. Vegetables, yes, but there are no tomatoes on record in Britain for another seven-score years after Shakespeare. No matter. The title of this album by the Rempis/Piet/Daisy trio is my own flippant gesture to the listener: “Say what you will about this music; this is what we three offer you, unapologetically. If you are revolted by the madness of our method, well, by all means, revolt: throw tomatoes.” As for the stolen titular references to Hamlet, well… I thought I’d spare you my own wordplay-within-wordplay, this once. As I have so often said: “‘Quotation is a serviceable substitute for wit.’ – Oscar Wilde.”

END_OF_DOCUMENT_TOKEN_TO_BE_REPLACED 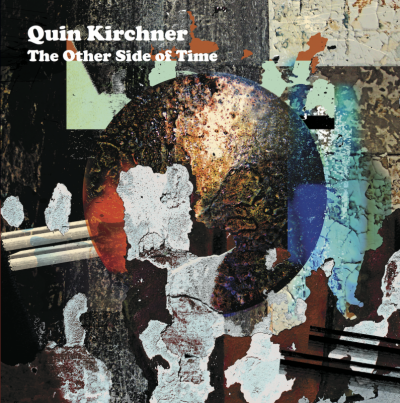 Astral Spirits is quite excited to finally unleash the debut double LP from Quin Kirchner! “The Other Side of Time” finds Kirchner leads his powerful Chicago quintet — Jason Stein, Nate Lepine, Nick Broste, Matt Ulery & guest Ben Boye — through nearly 90 minutes of originals that stand side by side with covers of songs from Andrew Hill, Paul Motian, Kelan Phil Cohran, Sun Ra and more!

END_OF_DOCUMENT_TOKEN_TO_BE_REPLACED 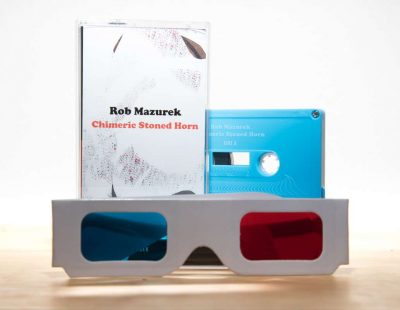 So happy to present the latest and greatest from Rob Mazurek!  Chimeric Stoned Horn is the culmination of extensive & explorative musical and visual work from Mazurek. Chimeric Stoned Horn represents both Mazurek’s first recordings playing the Piccolo Trumpet alongside his growing electronics setup, as well as being part of a larger audio visual work, Constellation Scores which is currently showing at URLDA in Lyon, France.  Mazurek created the four “Chimeric Stoned Horn” 3D lithographs (you can see in the photo below) as a part of the Constellation Scores show, and they also serve as the covers for both the cassette & CD versions of the album.  Also worth mentioning is the Chimeric Stoned Horn cassette is a direct musical part of this exhibit as well.  There are cassette players & headphones set up (again see photo below) so you can view and listen in symmetry!

END_OF_DOCUMENT_TOKEN_TO_BE_REPLACED

We’re incredibly excited to announce Mike Majkowski’s return to Astral Spirits, after his brilliant “Neighbouring Objects” tape that came out in 2015! “Days and Other Days’ is Majkowski’s 7th proper solo release following on the heels of the equally magnificent releases “Bright Astonishment of the Night” on Bocian Records and “Swimming in Light” on Entr’acte Records.

Quite possibly the most astounding and darkest (in a good way) album we’ve heard from Majkowski yet! He continues to explore the intersection between acoustic instruments and electronic sounds. Diving deeper into repetitive structures and their mutations, as well as resonant frequencies of acoustic instruments. Majkowski builds off the foundational aspects he’s explored in previous releases but “Days and Other Days” strips off some of the excess and pares things down even further. It becomes almost impossible to tell what instruments are being played and is just about the sounds. Think Jon Gibson meets the Necks meets Lawrence English. A truly stunning work.

Once again this album was recorded & mixed entirely by Majkowski over the course of a few months in 2016 and beautifully mastered by the one and only (and previously mentioned!) Lawrence English

Thanks to Dale Gorfinkel & John Wilton

Hearts & Minds LP release show in Philadelphia featured the one and only MARSHALL ALLEN of Sun Ra Arkestra!!!
Big thanks to Mark & Ars Nova Workshop in Philly for setting this up.  And check out this beautifully shot video of Jason Stein, Paul Giallorenzo & Chad Taylor with Marshall Allen in action!

“Sometimes it’s dumb fun to think up impossible supergrouops. Maybe they help you imagine a sound you’ve never considered, a combination of histories and vectors that contradicts those that might be steered by normal forces, such as geography or genre or circle of colleagues. A parlor game designed to transcend time and place.

Here’s one: John Carter, Bernard Parmegiani, Mike Ratledge and Tony Williams. Think of the possibilities, Ratledge offers fudgy bass keyboards, circa 1970, Soft Machine’s Third, while Williams alternately takes to the breeze with a swift swinging ride or breaks things up restructurally, a wooden metronome or one-man marching band. On clarinet, Carter gulps and whorls his way into an appealing alternate temporal-spatial framework, the one occupied and charted by Parmegiani, who, from the INA-GRM soundboard dubs the proceedings into electroacoustic ladyland. I’d love to hear it: free-prog-jazz-concrete.

In this case, the dream group’s inspiration came the other direction, rather than imagining something fictional, from listening to Hearts and Minds. Not to suggest that they sound like an additive experiment in mix-and-matchery, quite the contrary, they’re a singularly original unit. But unusual forces are at play, unique combinatorics, suggesting a confluence of ideas, newly directed teleologies, a turbulent eddy in the natural flow of creative music’s waterway.

The collective’s eponymous debut emanates from an eight year incubation, sporadic and occasionally intensive gigging resulting in the accretion of a songbook, featuring tunes and structures divided about equally between the bass-clarinetist Jason Stein and keyboardist and synthesizer player Paul Giallorenzo. Stein and Giallorenzo have known each other since they were tweens on Long Island; both based in Chicago, they’re long established members of the creative music community, key figures in the wave of players attracted to the city in the early aughts. From the drum-kit, also handling electronics, another stalwart Chicagoan, the indominable Frank Rosaly (originally from Phoenix, Arizona, for listeners with a scorecard) plots and plies, sculpting definite shape out of biomorphisms.

What conjures the strange amalgam of superheroes is Hearts and Minds’ gleeful trapezing between sound and swing. It feels classically Chicagoan in a couple of senses. First, there are the compositions, which have a tough and playful attitude that I associate with other great working groups of the millieu. Take the cued interjections against synth solo on “An Unfortunate Lack of Role Models.” And the notion that an erstwhile instrumentalist can also deal with electronics – analog or digital, synthesized or lap-topped, either way – is a natural thought in the Windy City, from the Chicago Underground Duo to Tortoise to Sam Prekop.

Rosaly can color things acoustically and electronically with equal aplomb; in his hands, pots and pans can mean kitchen sink percussion or potting and panning a mixing board. Giallorenzo may call to mind Sun Ra’s home recordings on Wurlitzer electric piano, a humble sonority, simple and unadorned, almost chime-like, but just as well he can put pedal to metal and kick the vehicle into overdrive. As the lone un-electrified member of the threesome, Stein calls on his thorough understanding of the longhorn’s overtones, as well as a post-bop melodicism that can hit the nursery (“Three for One”), the laboratory (“Old Balance”), the library (“Streaming”), and the barnyard (“Stocky”). If my free-music fantasy football team had four members, perhaps that’s because Hearts and Minds seems to have an extra contributor, an x-factor, the invisible participant who throws something unexpected into the salad. I have no idea who introduces the played-backwards sounds in “Irresolute,” but I love the way they complicate Rosaly’s brushwork, which can have a reverse-tracked quality of its own. Soul and rock elements are not quotational, more chromosomal – a mean synth tone, the Zigaboo Modaliste hits and “Rocket Number Nine” quirk of “Rocked and Eroded,” or even just the title “Nick Masonry.” Oblique prog, my kinda pop.

Best outcome in a game like ours, daydreaming about a theoretical ensemble: one already exists that exceeds these fantasies. A band that overtakes any presumptions, shaking them up, not playing by the book, appealing to the intellect and getting us in the gut. Winning hearts and minds.”

Just a week away! If you’re in Chicago don’t miss out on this 2 night blowout at the Hungry Brain!

END_OF_DOCUMENT_TOKEN_TO_BE_REPLACED

So much new and exciting stuff happening here at AS headquarters that we wanted to give you a little run down on recent releases, redesigning the tapes, upcoming shows, some repress news and more!