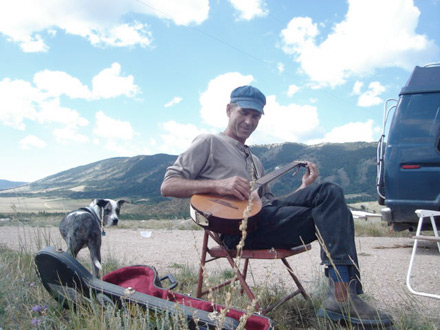 Ralph White’s solo music quickly reveals his passion for old folk, proto-blues and country music, the roots of American music.  At the same time, the music, a layering of banjo, kalimba, button accordian, fiddle and vocals, shows a complete lack of interest in rehashing the past.  Ralph is a rare type of player who has fully internalized the traditional music,  but chooses to toss the purist blinders aside as he extracts the soul of the old music and allows it to evolve.  As a multi-instrumentalist he molds his many talents into a borderless, nostalgic sound that seems to actually grow out of the past.