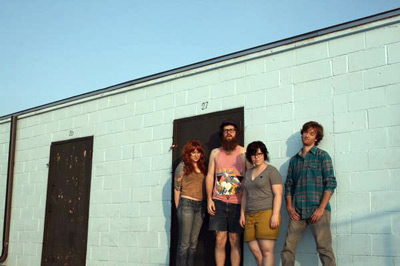 We’re four regular American youths, chosen at random by the Internet to be in a reality band. Unsuspectingly, we signed up for a chance to win a free job, but what we don’t know is that instead we have to play rock music to audiences full of people who are yelling and screaming. We wear costumes sometimes and we’re about forcibly causing you to have fun. 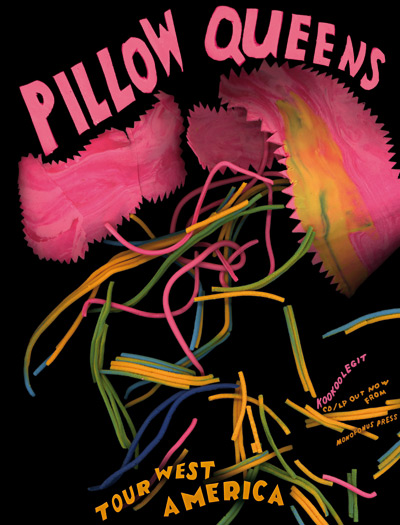 Check out the new album Kookoolegit out nowww!

Much like the title of their debut LP Kookoolegit, the Pillow Queens are an incongruous mix that makes for musical sense. Brought together by chance, the self-proclaimed “reality band” comprised of Duncan Malashock (vocals, guitars), Will Slack (vocals, guitars), Carolyn Cunningham (drums) and Eric Loftis’ (bass) was formed in 2007. At first glance, they’re a bus stop—strangers on a stage—then comes a song like Regional Flute with a captivating rhythm that uniﬁes all their singular talents. By turns ironic, incredulous, gleeful and reﬂective, the twelve tracks on Kookoolegit build on each other like chapters in a book, culminating in a tale that brings humor to the mundane, and finds meaning in fragmented images of a subverted reality.