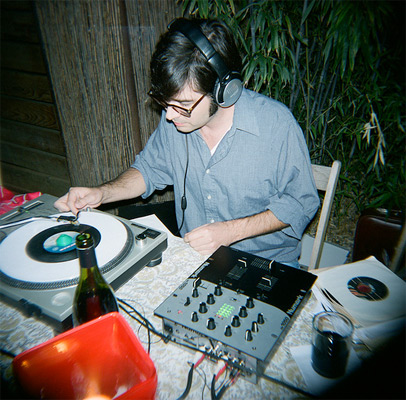 Noel, a self-taught graphic artist who has been producing artwork since 1995, founded SubCulture Press in 2002 to give name to the series of silk screened prints and packaging projects he’d designed that incorporate “lost” and “forgotten” subcultural imagery he re-presents in contemporary context.  His work has appeared in many publications over the years including Dwell, Elle and ArtForum.  In 2006, Waggener was nominated for a Grammy Award for his design of the boxed set “Albert Ayler: Holy Ghost.”  He works from his Austin, TX studio, The Root House.

Noel collaborated with the writer Brian Hart and the band Over the Hill to produce IF06, the sixth installment of our IF Series.