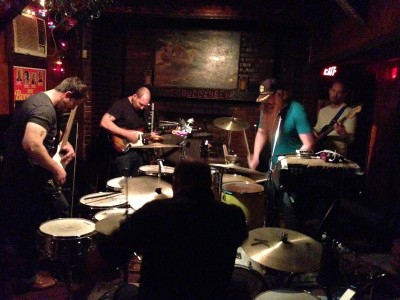 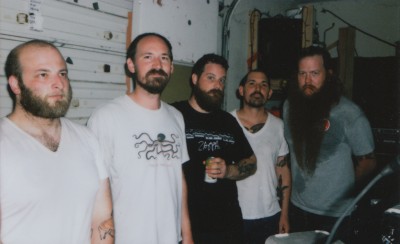 “There’s a lot of egg on my face right now because I finally just realized Austin’s Marriage contains Mike Kanin, a former member of Black Eyes. ICYMI, they’re the sax-shredding quintet that rewrote a lot of the rules for experimental rock with two records on Dischord: a self-titled effort and my personal fave, Cough. While Marriage in no way apes what Black Eyes accomplished, Kanin’s keen ear for rhythm and the funkier tendencies of BE stick out like a couple of stubbed toes. “Oh My God” is the deadest giveaway, and when I mention “funky tendencies,” don’t get me wrong; this is the best kind of funk I can imagine, sharpened enough to be lethal and catchy enough to tap a toe or three to. Kanin, Nate Cross, Jeff and Greg Piwonka, and Alex LaRoche took their vows to bring you Pool Blunt after almost achieving a perfect “10” with 2013’s For Brotzmann, so I hope you give it a good tug.” – Grant Purdum, Consequence of Sound

“Hell, if you thought that Black Eyes’ records never quite met the intensity of their live show, I urge you to listen to this Marriage record, as it’s downright incensed, noisy in the best of ways and always deep in a groove, as if Fugazi were influenced by no-wave and the avant-garde instead of the political oppression of band merchandise. It’s nice that they are dedicating this one to Peter Brötzmann (the cover makes it look like a proposal, even), but I feel like Marriage put together this album for me when I’m listening to it, because it certainly hits a sweet spot that I haven’t had touched in a while.” – Yellow, Green, Red

“For Brötzmann sounds like the yang to Mi Ami’s Steal Your Face yin at times, never elevated (or burdened, depending on your view) by the self-conscious cultural weight. The Austinites occupy a similar sonic space when they ride dubwise basslines, but it’s clear avant-jazz is also a strong influence on the music when things get haywire on a track like… well, all of them, really: From the furious, ungarnished strum of “Sweet Yogi” to the grooving “Black Jabbath” to the no wave skronk of “All Seeing Eyephone,” there was no real entry point—you jumped into a rush of noise on “Norman” and held on. My kind of band.” – Patrick Masterson, Dusted Magazine

“At times, when it gets right and roused, For Brötzmann is almost too good to be true, positively stomping down its myriad chord changes and fearlessly tattering the corners of taste and convention. I don’t see these as songs. They’re more like experiments that happened to be caught by a discerning engineer. Marriage approach rock with a complete lack of baggage and/or cynicism, such a rare feat in itself the obvious skills of all involved resemble but a bonus.” – Grant Purdum, Tiny Mix Tapes

“This LP is a seamless run through the band’s set, with a focus on improvisation and wedding (ha! ha!) of multiple sound sources into a thrill-a-minute jam sesh. Unsurprisingly, there’s a strong dub-through-punk influence cutting across each track, whether it lays back or jumps forward to throttle you; it’s the one that was in Black Eyes, which came in a roundabout way from Fugazi or Moss Icon. An analog synth wavers underneath but never overpowers the corroded, heavy guitar that permeates the entire session. If this was ever your type of thing, you’ll probably enjoy this – not sure what Peter Brötzmann would think about it, though I’m sure he’d be tickled to see his likeness scrawled on the cover.” – Doug Mosurock, Still Single

“Some bands don’t have enough percussion. Some bands don’t have enough bassists. Some bands don’t have enough feedback. Marriage is not “some bands.” The five-piece from Austin counts Mike Kanin, formerly of DC post-hardcore group the Black Eyes, as a member. While noise, unintelligible vocals, and excessive reverb might be the cornerstones of For Brotzmann, there also happen to be almost funklike basslines (‘For Jabbath’) and no-wave saxophone squealing (‘All Seeing Eyephone’). The track that got me was ‘Billy Gibbons Knocked Down My Fence.’ Squealing feedback, hypnotic basslines, propulsive drums, and droning organ all point in the direction of unbridled aural frenzy. Each song is each their own step on a wary ladder toward dissonance and chaos.” -AH, Frontier Psychiatrist

“The band is a bearded, five-headed monster onstage, furiously passing around electric basses, synths, drum sets, and makeshift percussion (cowbells, broken cymbals, a length of signpost). They relentlessly thrash at their instruments, injecting eerie, minor-key funk grooves with tribal drumming and topping them off with bellowed vocals and delay-drenched guitars and keys. The last time I saw this many terrifyingly burly men with lots of facial hair pounding on drums and screaming their heads off, it was at a Viking sacrificial ceremony.”    –The Chicago Reader 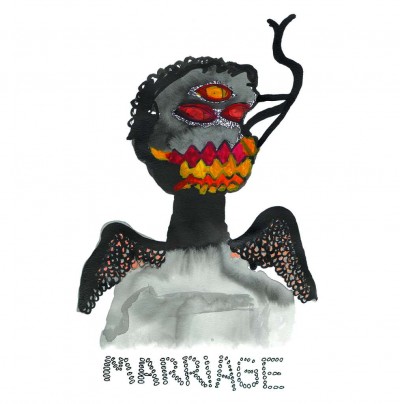 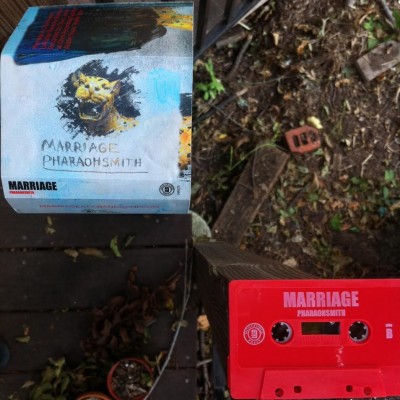 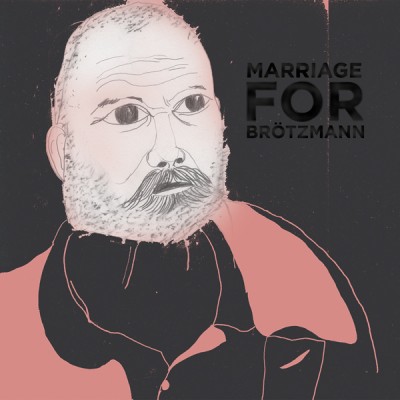