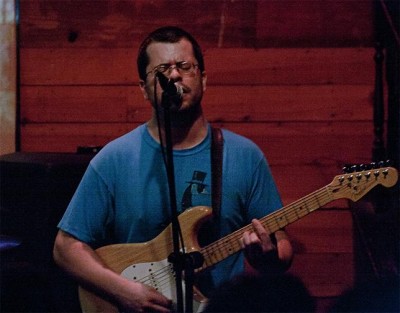 Since 2006 Daniel has been slicing off people’s faces with his insane one man band guitar looping, singing, and drumming. Really I know that sounds kinda not so good, but it’s fucking amazing. He toured constantly as the one man beast, and now he’s playing as a three piece. Hey Dan what do you like? “Minutemen, Jonathan Richmond, Red Crayola and Aids Wolf along with post-punk 80s, 90s indie rock and early American hardcore.” There you go.